The 13th International Conference SATELLITE RUSSIA & CIS 2021 took place in Moscow on April 8-9th. This year, the only Russian independent event on satellite communications and broadcasting was market recovery in the aftermath of COVID-19, and integration of satellite service providers into the digital economy and 5G and IoT eco-systems.

Due to a challenging epidemiologic situation in the world, the conference was conducted in a hybrid format – a combination of face-to-face and online. The forum gathered over 350 delegates from Russia, and near and far abroad, including Kazakhstan, Belarus, Western Europe, Brazil, Israel, and etc.

The event was kicked off by a keynote speech from Soviet cosmonaut № 61, Hero of the USSR and currently Deputy Director of the Moscow Museum of Cosmonautics Alexander Laveykin. He connected to the event by video conferencing and congratulated the audience with the 60th anniversary of a milestone date, which was Yury Gagarin becoming the first person to fly into space. Laveykin also emphasized the importance of the questions to be discussed at the forum and wished everyone a fruitful experience.

Yury Urlichich, First Deputy General Director for the Development of the Orbital Group and Advanced Projects of ROSCOSMOS, also had words of welcome for the conference participants. He noted that despite a serious test the global economy faced last year, digital technologies, including 5G and Earth’s remote sensing continued gathering pace. Yury Urlichich commented: “2021 marks a new page in the history of satellite industry in Russia, as we are launching Sfera sub-program of space technologies.” Sfera envisages upgrade of existing and deployment of new orbit groups, which will be made of quantity-built satellites and will enable a wide range of high-quality space services for government and private customers.

At the end of the Plenary session, CEO of RTCOMM Sergey Ratiev was presented with a certificate, confirming that his company was leader of the Russian market in 2020 according to the findings of the study “Analytical Map: VSAT Networks in Russia”.

The second day of the conference kicked off with a session entitled “Mobile satellite communications and space systems on mobile units”. Outlook for satellite broadband services on geostationary and other orbits, shifting demand for services on mobile units in the aftermath of the pandemic were among the topics discussed by Alexey Antonenko, Business Development Director of Orange Business Services in Russia and CIS; Sergey Pekhterev, Shareholder of AltegroSky; Valentin Anpilogov, Deputy CEO of Visat-Tel; Mikhail Kaygorodov, Chief Commercial Officer in Russia of OneWeb; Inessa Glazkova, Executive Director of NEBO – Global Communications; Maxim Diordiev, Head of Satellite Systems Application Division, Satellite System Gonets; Oleg Grafodatskiy, Advisor to the General Director, ISS-Reshetnev.

This year, Satellite Russia & CIS theme mix was added with the session “Direct satellite broadcasting (DTH): new development and outlook for the market”. It gathered: Sergey Plotnikov, Director of the Department for ICT and Multimedia Services at RSCC; Yulia Shakhmanova, Independent expert; Kirill Makhnovskiy, CEO of Orion Express; Konstantin Kushakov, Executive Director Satellite TV, MTS; Yury Rezvyakov, Techical Director of National Satellite Company (“Tricolor”); Konstantin Smirnov, Head of Digital Products Department at NTV-Plus.  Both the panelists and the audience showed a very keen interest in the topics proposed for discussion: the repercussions of the switch from terrestrial to digital broadcasting in Russia for the satellite TV market, changes in the consumption of satellite broadcasting services over the pandemic; outlook for the release and monetization of new UltraHD content, and etc.

In total, Satellite Russia & CIS 2021 offered 20 presentations and multiple panel discussions on topical issues (some of which were made available in the online stream). Online delegates from different countries were able to participate in the event, owing to simultaneous Russian-English interpreting, and in-between sessions, online delegates could access live broadcasts from the exhibition that was part of the event.

Regular participants of Satellite Russia & CIS, who have been with us from the first gatherings until this year’s event, which has become a major industry forum, highlighted its value and impact on decision making in the industry.

We would like to thank our partners, speakers and listeners for participating in SATELLITE RUSSIA & CIS 2021! 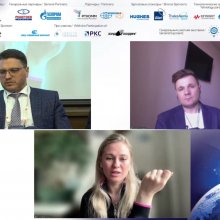 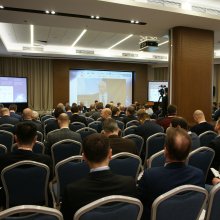 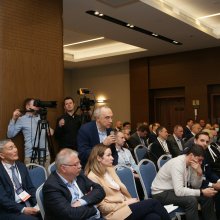 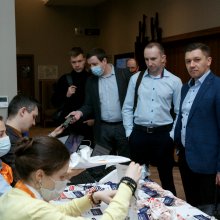