Wireless Russia & CIS Forum: LTE, 5G & Beyond 2018 coincided with a milestone event for the global wireless market: in December 2017, 3GPP approved the first version of 5G standard – LTE Release 15 – non-standalone (supported by existing LTE networks), and in June 2018 3GPP will launch the second version of LTE Release 15 for the standalone mode. The LTE Release 16, promised to be launched in July 2019, will feature all aspects of 5G – not only be eMBB (enhanced Mobile Broadband), but also mMTC (massive Machine Type Communications) and URLLC (Ultra-Reliable and Low Latency Communications). This means that 5G networks are no longer a mere theory, and regulators, operators and developers should collectively decide on the frequency bands for 5G networks and ensure harmonization of radio frequency spectrum on the national and international scale, as well as seek new business models, services and use cases for the fifth generation wireless networks.

This was the common theme of both days of Wireless Russia & CIS Forum: LTE, 5G & Beyond 2018. At the plenary session, head of the General Radio Frequency Center Dmitry Tur told about the situation with spectrum availability in Russia; member of Radio Regulations Board of the International Telecommunications Union Victor Strelets offered an outlook for international legal aspects of 5G systems’ development and applications. The discussion then switched into practical matters. Deputy Director of Scientific and Technical Center of Radio Research and Development Institute and Chairman of ITU-R SG1 Sergey Pastukh made a report about the challenges and prospects for allocation of radio frequency bands for 5G networks at the World Radiocommunication Conference 2019 (WRC-19); while Head of the Program of the Department of International Legal Support, National Radio Association (NRA), Dmitry Aronov  dedicated his report to the outlook for using 26 GHz frequency bands for 5G IMT systems.  Most speakers agreed that the most appealing and obtainable out of the candidate frequency bands both in Russia and on a global scale, is the 3.4-3.8 GHz band. Victor Strelets also pointed out that this band (C-band) is used by satellite networks, which are indispensable for such big countries as Russia, and critical to rollout of emergency communications in the territories affected by natural or technological disasters. This is why member of ITU’s RRB urged that allocation of spectrum in the C-band for 5G applications may not prejudice the interests of fixed satellite service providers.

Last year, Rostelecom’s Director of Customer Experience and Sales Channels Department Andrey Zimenkov took Wireless Russia & CIS Forum by storm with the idea to set up a single 5G infrastructure operator at the premises of Rostelecom. This topic is of great interest to all market players, and it was brought up on numerous occasions at Wireless Russia & CIS Forum 2018.

Olga Ramina, MTS’ Head of Radio Access Network Department, Technical Block of Corporate Center, commented that there are very few such projects in the world. “We don’t need to look further than Ukraine – they tried to take this path for 3G, but the plan failed and they gave up on this idea,” said Olga Ramina. “5G deployment will require deep integration with the existing 4G networks, which could be challenging for a single infrastructure operator. Also, this is risky when it comes to such network’s rollout speed and reliability, let alone competition in services.”

Christian Laque, Deputy CEO for Technology of Velcom, a Belarus company owned by Telekom Austria, shared some practical observations: “Competition helps to take down prices and enhance quality, including the coverage. Meanwhile, in Belarus, BeCloud – the single infrastructure operator for LTE in the country – covers just little more than 2 percent of the country’s territory! Besides, BeCloud is very slow, because they have no motivation, as there is no competition. And just two years earlier, Velcom and MTS started to deploy 3G/UMTS networks in Belarus, and today their coverage is close to 100 percent of the country’s territory, due to healthy competition.” Christian Laque pointed out that operators may work together on the infrastructure, which can be a good thing: “For example, it would be ridiculous to duplicate  the infrastructure in Minsk metro, so we went for a shared infrastructure with MTS.”

NTT DOCOMO’s Vice President and Managing Director of 5G Laboratory Takehiro Nakamura said: “In Japan, shared infrastructure is not very common. Subscribers want supreme quality of services and network coverage, and each operator tries to satisfy their demands on their own. Although when it comes to 5G networks, especially high frequency bands, we will need a great deal of base stations, and on paper, such infrastructure operator could be a wise thing to do. But we have no such plans - NTT DOCOMO will be building our own infrastructure.”

In March 2018, at Mobile World Congress in Barcelona 5G-IA announced the launch of pilot 5G City projects in three locations – Barcelona, Lucca and Bristol. The declared purpose of 5G City is development and rollout of distributed cloud and radio platform for the municipal government and 5G infrastructure operators. However, leading expert on mobile broadband from Huawei Russia Dmitry Konarev pointed out that: “5G City projects are based on mobile edge computing, and the idea is to provide computing capacity to other operators, it is not about building and rolling out a shared 5G network.” He added that conceptually, infrastructure operator has both pros and cons. “For us as a vendor, such operator would mean a smaller market for our equipment; another downside is the lack of competition – operators will only be able to compete in services, but everyone will be using the same network.” “On the plus side, Rostelecom has extensive administrative leverage, which could help to address all sorts of issues with 5G rollout. Also, this would mean that the money would be spend on a comprehensive infrastructure, rather than fragments duplicating each other.” Konarev also referred to expert estimates, according to which up to 40 percent of 5G operators in the world will be tapped to a single infrastructure operator.

Ericsson’s Vice President Anatoly Ilyaich added that a whole number of 5G use cases will require integration with LTE in the lower bands, and this is something an infrastructure operator could never do. Anatoly Ilyaich referred to the European experience: “In Europe, they launched 25 different projects as part of Horizon-2020 program, and one of them envisages rollout of 5G reference test infrastructure in Spain, Italy, and Greece, the EU has allocated € 16 million to that end. Basically, the EU is making this investment in order to study what this infrastructure should look like and which use cases it would support. This is a three-year program, starting in June 2018 it will last until July 2020. Project stakeholders include Ericsson, Nokia, Telecom Italia Mobile, Telefonica, and CosmOTE.”

This year, the speaker from Rostelecom – Andrey Zimenkov – wouldn’t elaborate on the advantages of the infrastructure operator. “5G is a technology, which will primarily affect the corporate segment, where quality will be the pivotal criterion. So we will have to reconsider the established approach to partnerships in the industry: when it comes to 5G, no one will be able to ensure high quality on their own!” Zimenkov said at the Wireless Russia & CIS Forum 2018. He emphasized that today, average Internet access speed in the Russian corporate segment is only 8 Mbps, compared with B2C it is about two years behind. “The unofficial standard in the Russian B2C segment is 100 mbps,” added Zimenkov. “If regional government institutions and businesses received access to such data rates and digital technologies, that would drastically improve the quality of telecommunications and living standards in general.”

Heated discussions at Wireless Russia & CIS Forum 2018 also surrounded such topics as which technology mobile operators launching 5G should axe – GSM or 3G, which IoT technologies – cellular (NB-IoT and others) or non-cellular (LoRaWAM, STRIJ) have better potential, which MVNO models are most viable for Russia, how to monitor and assess service quality, and others.

Evidently, the discussion around 5G is only beginning, and it will be continued at the Wireless Russia & CIS Forum: LTE, 5G & Beyond 2019, which ComNews is going to organize in Moscow next May. 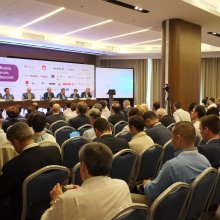 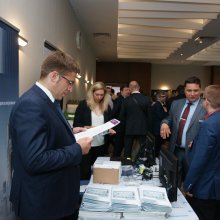 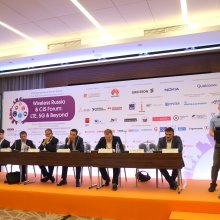 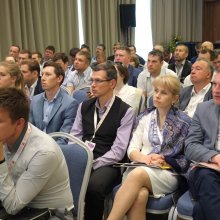