The event dedicated to the development of the telecommunications transport networks market in Russia and the CIS was held in hybrid format and brought together more than 400 participants.

MegaFon was the Gold Partner of the conference, Rostelecom was the Partner, and Zummer was the Bronze Sponsor.

Zettaline (ADVA Elite Partner) and T8 took part in the conference in the status of Sponsor and Partner of the session. SUPERTEL was the sponsor of personal protection. Also, the conference was held with the participation of the following companies: GlobalNet, Edinstvo (Norilsk Nickel Group of Companies), NTO IRE-Polyus, Optical Fiber Systems and Center for Interaction of Computer Networks MSK-IX.

The general participants of the exhibition that accompanies traditionally the TransNet conference, were Juniper Networks, PITER-IX, ComSystems and Telecomservice (Teleser). The booth of RASCOM was also presented in the exhibition area.

The first day of the conference was opened by the plenary discussion on the prospects for the trunk transport networks development in Russia and the world. The moderator was Leonid Konik, Director General – Editor-in-Chief, ComNews Group.

A large-scale second session on technologies and new opportunities for development of telecom infrastructure was held by Sergey Shavkunov, Executive Director, J'son & Partners Consulting. The partner of the session was T8, and the sponsor of the session was Zettaline (ADVA Elite Partner).

The first day of the conference was summed up by the round table on the optical cables production and the fiber optic lines cable-laying. The session was moderated by Leonid Konik, Director General – Editor-in-Chief, ComNews Group.

Before the discussion started, Jonathan Hjembo, Senior Manager in Infrastructure Research, TeleGeography, made a report on the market of backbone transport networks Europe – East Asia in 2022, and Andrey Nikolaev, Director General, Optical Fiber Systems, presented a report on current trends in development of the optical fiber market in Russia.

The second day of the conference began with a rich discussion about the role of data centers, traffic exchange points and CDNs in changing the topology of backbone networks. The session was moderated by Konstantin Novikov, Senior Sales Manager for National Telecom Operators, CDNs and Content Providers, MegaFon. Within the framework of the session, Alexey Solodovnikov, Managing Director in Russia and CIS countries, Uptime Institute, and Igor Dorofeev, President, Association of Data Center Industry Participants, presented their reports.

The business program of the forum ended with the round table on the influence of content providers on the mainline market. The moderator was Nikita Danilov, Director General, National Federation of the Music Industry.

ComNews Group thanks all partners, speakers and participants of the Transport Networks Russia & CIS 2022 conference! 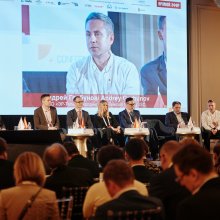 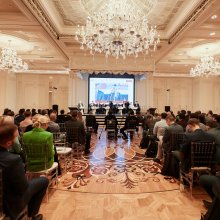 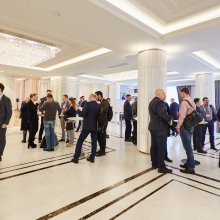 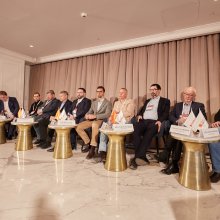