The official partner of the conference was the National Satellite Company (Tricolor), an innovative partner - Russian Satellite Communication Company (RSCC). The event was held with the participation of Funke Digital TV.

The plenary session of the conference was devoted to the present and future of television in Russia and the world. Sergey Plotnikov, Director of the Department of Info-Communication Technologies and Multimedia Services of Russian Satellite Communication Company (RSCC) made a report on the place of the satellite operator in the media industry of the future. Stan Baaijens, Chairman of the DVB Promotion and Communications Department and CEO of Funke Digital TV, shared his opinion on the future of world television broadcasting. The following panel discussion was attended by Gerasim Gadiyan, CEO of Vintera TV, Oleg Gerber, CEO of Regional Television JSC (Chelyabinsk Region), Alexander Kalin, Head of the Information and Analytical Center of the Russian Television and Radio Broadcasting Network (RTRS), Anton Stulikov, CEO of Oblastnoe Televidenie (Sverdlovsk Region), and Alexander Shirokih, CEO of the National Association of Television and Radio Broadcasters (NAT).

The participants discussed the prospects and plans for the development of the federal TV signal network, the strategies and business models of regional TV channels in the absence of federal analogue broadcasting, changes in the balance of power in the pay TV market, the strategies of operators in terms of free access of viewers to the channels of the first and second multiplexes, the issues of insertion of advertising and news into the federal TV air, as well as shared their views and discussed the risks and impact on the TV broadcasting market of the bill on a single operator of Internet broadcasts of federal TV channels.

The first session moderated by Konstantin Bystrushkin, Deputy Director for Research at MNITI was dedicated to new technologies and services for content promotion and delivery. Artem Mamyshev, Product Director of Teletarget, told about HbbTV cases and opportunities in Russia. The speech of Alexey Ugrinovich, CEO of Dolby in Russia and the CIS, was devoted to Dolby technologies for OTT broadcasting and VOD. Yaroslav Gorodetsky, CEO of CDNvideo, told about innovations in broadcasting and monetization of TV content on the Internet.

At the end of the conference there was a round table "Growth of online cinemas and content of the future", which opened with two presentations. Alexander Kardash, Director of Media and Entertainment Advisory Services at PwC Russia, made a speach named "Content is the New Gold". Denis Maimistov, Development Director of the National Satellite Company (Tricolor), spoke about what Microsoft, Google and Tricolor have in common. Further discussion was moderated by Alexey Byrdin, CEO of the Internet Video Association and was attended by Gerasim Gadiyan, CEO of Vintera TV, Yaroslav Gorodetsky, CEO of CDNvideo, Petr Kurshin, CEO of Contentcom, Alexey Ugrinovich, CEO of Dolby in Russia and the CIS, and Alexander Shirokih, CEO of the National Association of Television and Radio Broadcasters (NAT). The participants discussed the reasons for the growth of online cinemas, new formats and technologies to attract the audience, expectations of the audience and the reaction of content producers, prospects for the development and demand for Ultra HD (4K, 8K) content, the technical readiness of the infrastructure for its transmission, the future and demand for the VR/AR format, the impact on the content market, as well as the approaches and timing of the preparation of the draft law "On copyright protection on the Internet".

The participants noted the high level of organization of the conference, interesting program of the event, as well as excellent opportunities for establishing business contacts. 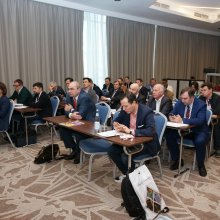 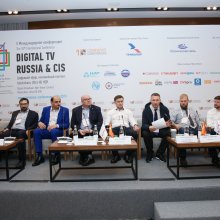 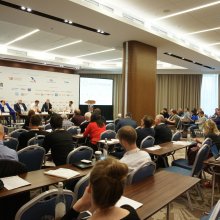 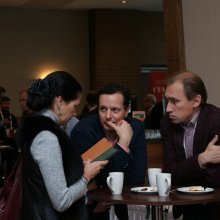