On November 25, 2021, Moscow hosted the X International Forum «Broadband Russia Forum: Transformation of Broadband Networks of Cellular, Wired and Satellite Communications in the Era of 5G, Smart Cities and Digital Economy” organized by ComNews Information Group with the support of the Ministry of Digital Development, Communications and Mass Media of the Russian Federation.

The event was attended by over 350 representatives of fixed, mobile and satellite operators, telecommunications equipment manufacturers, government authorities and international industry associations and business communities.

The partners of the event were key developers of telecommunications equipment: Huawei became the strategic partner of the Broadband Russia 2021 forum, Nokia and TransTeleCom Company (TTK) were silver sponsors, Keysight Technologies was bronze sponsor, and IskraUralTEL became the innovative partner.

The forum was also held with the participation of the companies Optical Fiber Systems, Edinstvo (Norilsk Nickel) and the City Online project.

The exhibition general participants were the companies T8, Huawei and the Russian Week of High Technologies.

At the end of the session, Vladislav Davydov, Director General, IskraUralTel, presented Anatoly Kovalenko, Head of the Subscriber Equipment Office, Rostelecom, with a sign of recognition for the trust in products in honor of installing the millionth device.

The business program of the forum was completed by the round table on the development strategies of telecom operators, M&A transactions, new assets for acquisition, and interactions with players from other markets. The round table was held by Georgy Nikolsky, partner, Capstone Capital. The discussion was attended by Vladimir Valkovich, Director of Strategy and Long-term Planning of Network Development, VimpelCom, Andrey Kovtonyuk, Director General, Severen-Telecom, Konstantin Novikov, Head of Sales to National Telecom Operators and Content Providers, MegaFon, Dmitry Petrov, Director General, Comfortel, Alexey Rokotyan, expert on b2b product development strategy, ER-Telecom Holding, Vitaly Shub, Head of the Leading 5G Research Center, Skolkovo Institute of Science and Technology (Skoltech).

The Broadband Russia 2021 Forum has shown the importance of the dialogue between telecom operators and government representatives, and also became a platform for exchanging experience on such serious issues as expanding broadband infrastructure for the tasks of 5G cellular networks and development opportunities for telecom operators in the direction of mergers and partnerships with players from other markets.

We thank our partners, speakers and listeners for participating in the forum!

Plan in advance to participate in the XI International Broadband Russia Forum in November 2022.

The next large-scale telecom event of the industry will be the XIII International Conference “Transport Networks Russia & CIS: Development of Backbone Communication Networks” that will be held on March 17-18 in Moscow, with the possibility of online participation. 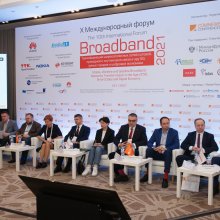 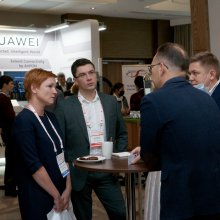 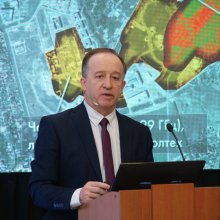 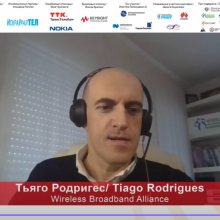