The Plenary session was moderated by General Director – Editor-in-Chief of ComNews Group Leonid Konik. The first part of the session consisted of cities sharing their best Smart City practices and reviewing the preliminary results. Deputy Head of ‘Smart St. Petersburg’ Project Office and Special Envoy of the Governor of St. Petersburg for Economic Development Anatoliy Kotov spoke about regional developments. “Lack of single databases and verification systems is a major barrier for the digital economy. It will be very difficult to take things forward unless we address this issue,” he said.

The second half of the Plenary Session featured speakers from state corporations and companies, widely engaged in Smart City projects. Ruselectronics’ Director of Center of Competences ‘Smart City – Digital Region’ Oleg Izvekov pointed out that whatever we think of the project ‘Smart City’ developed by Russian Ministry of Construction – it is criticized a lot and often for good reason, there is one undeniable plus point to this project – that the regional authorities have finally joined the dialogue about Smart City projects using the language they know best – regulations.

MTS’ Director of М2М/IoT Department Sergey Irevli gave an overview of Smart City eco-systems: IoT, Big Data, 5G. The most important topic in the implementation of Smart City projects is scaling them into other regions. Olga Patrievskaya, Head of the Department of Big Data and Machine Learning of the St. Petersburg Information and Analysis Center, shared on scaling. Rostelecom’s Director of Applied Projects Department, Macroregional Branch North-West Elena Polyakova entitled her presentation “On the path towards a Digital Region”. Pavel Kondakov, LANIT-Integration’s Managing Director of the Center for Strategic Development and Digital Transformation, spoke about the role of Regional Control Centers. ER-Telecom’s Deputy Director of B2G Alexey Palamarchuk presented an overview of applied solutions for Smart City and cases of their implementation. MegaFon’s Digital Projects Director Anton Artemyev spoke about innovations and complex solutions for a digital region.

In the course of discussion, panelists agreed that at this stage of Smart City concept, which is supposed to evolve into Digital Region and, eventually, Smart Country, standards are becoming a critical tool for market players and other stakeholders. It is evident, that eventually those who will take part in the elaboration of Smart City standards, will be in a better position compared with their competitors. However, the future of the regulatory framework for Smart City developed by the Ministry of Construction (MoC) and the pilot projects (about a hundred in total), admitted into the MoC’s ‘Smart City’ program according to the existing regulations, is still an open question.

Session B featured complex projects and new approaches to smart transport systems. The session was moderated by Anton Zhuravlev, President of the Association ‘Digital Era of Transport’, and Timofey Volotskiy, Chief of Optimal Transport Systems Lab of the ITMO University.

Sergey Saakyan, Advisor to Director for Regional Activities of MosTransProekt, spoke about an integrated ITS system. Sergey Zaychenkov, Deputy Director for Development, St. Petersburg’s Road Traffic Directorate, offered an overview of smart transport system for St. Petersburg. Pavel Adatich, Head of the Regional Center for Transport Control, spoke about the automated system behind their organization. Lyubava Taneeva, LANIT-Integration’s Business Development Director, spoke about the strategy of a comprehensive solution for transport problems and development of a smart transport system for the city. Mikhail Kozhukhovskiy from Automatika Concern (Rostec) presented a state-of-the-art module-based approach to building intelligent transport systems in the regions based on service platform TRANSFLOW : 2020-2024. At the junction of national programs BKAD and ‘Digital Economy’. Dmitriy Vasilenko, Senior Engineer and head of Analog Devices at Arrow Electronics, spoke about solutions using a time-of-flight camera to count passengers. Maxim Sokolov, Edge Visionn’s CTO, presented a solution for transport flow analysis based on computer vision. Vladimir Shepelev, motor transport researcher from the Institute of Engineering and Technology of the South Ural State University, entitled his presentation: “Monitoring of road traffic and road-transport infrastructure using neural networks”.

The next case-session was dedicated to exploring efficient funding models for Smart City projects and possibilities for Big Data opened by digital projects. Peter Bjørn Larsen, founder and director of Smart City Insights ApS (former Director of City Data Exchange, Copenhagen (2015-2017) presented an overview of global Smart City practices. Larisa Tatarova, manager of the product “Digital Copy of the Region”, MTS, spoke on how a digital model can help boost the efficiency of regional administration. Georgiy Minayan, Security Director of SearchInform looked into the issues of safety and security of personal and municipal data. Rais Khadeev, Innopolis’ Head of Development of Potential and Cooperation between Resident Companies and Partners, delivered a presentation entitled: “Consortiums between Vendors of Solutions and Data Sharing Economy for a Smart City on the example of Innopolis”.

Panelists agreed that standardization of Smart City market from top to bottom, through directives, is hardly the most efficient way forward. Nevertheless, the industry also has questions to TK-194's approach. How the TK-194 based standards will coexist with the regulatory requirements put in place by the Ministry of Construction isn't clear at this point either, especially given that standards don’t have mandatory power in Russia, they only serve as guidelines.

Smart City & Region 2020 demonstrated the importance of a dialogue between government and business and became a valued platform to exchange opinions on such crucial matters as Smart City standards, possibilities of scaling Smart City solutions; best practice exchange between regions; funding for Smart City projects; digital transformation of municipal transport and ulities; comprehensive assessment of innovations implemented in cities and regions. 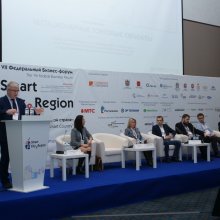 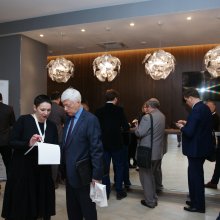 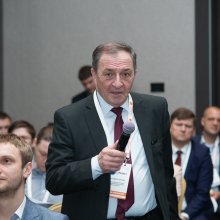 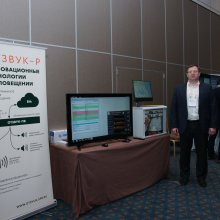