The IV Federal Forum “Smart Cars & Roads – Digital Transformation of the Vehicle-Road Ecosystem in the Russian Federation” held in Moscow on November 11, 2021, continued the tradition established in previous years, of considering the connected vehicle and intelligent transport infrastructure as a whole.

The event organized by COMNEWS Information Group in partnership with KAMAZ and with the support of the Digital Age of Transport Association, was attended by more than 200 specialists who represented Russian and foreign car manufacturers, intelligent transport systems developers, regulatory bodies, digital service providers, key associations, and also analytical agencies and the mass media. Taking into account the epidemiological situation, the possibility of online participation was organized for both listeners and speakers of the forum.

KAMAZ Group of Companies traditionally was the partner of the forum. Ericsson Company became the innovative partner of the event this year. Sessions were sponsored by SMARTS and Keysight Technologies, and the event was supported by Raidix Company. An exhibition zone was organized at the forum site: the general participant of the exhibition was the Russian Week of High Technologies. The companies SMARTS and Keysight Technologies also presented their solutions within the framework of the exhibition.

The Smart Cars & Roads Forum was supported by the Association for the Digital Transport Technologies Development “Digital Age of Transport”, the 5G Automobile Association (5GAA), the Technopark of St. Petersburg, the Russian Association of Electronic Communications (RAEC), the President Platform “Russia is the Country of Possibilities” and the Internet of Things Association. The event was also supported by the Ministry of Digital Development of the Kaluga Region.

The participants of the next session continued the topic of Smart Roads and the industry experts presented their practical reports. Alexey Minaev from the Ministry of Economic Development of Russia presented his report on the operation of highly automated vehicles in the framework of experimental legal regimes. Andrey Ivanov, President of SMARTS, spoke about the road telecommunication infrastructure as a new standard for highways of the digital future. Alexander Romanov from Ericsson spoke about how 5G technology can increase the automaker’s revenue. Uwe Pützschler from 5GAA spoke about the current market trends for V2X. The joint report “Digital ecosystem of motor transport logistics” was presented by Dmitry Petrov, Deputy Director General of Gazpromneft – Regional Sales, and Alexander Khlibtsev, Project Manager for Development of Mobile Assets Operation Systems of Gazpromneft – Terminal. The session ended with the report on the creation of the federal platform for the network of intelligent transport systems of the Russian Federation presented by Aleksey Belim, Deputy Head of the Digital Technologies Implementation Department for the Highways Development, ROSDORNII.

The session ended with a roundtable discussion that raised the issues of consolidation of the autonomous, connected and electric cars market; the effectiveness of testing unmanned vehicles on virtual testing ground; the future of unmanned public transport, its impact on city architecture, and transformation of the industry as a whole. Alexey Likhachev, Director for Strategic Development of GAZ Group Management Company, and Valery Palchik, Deputy Head of the Department for Development of Transport Infrastructure and Intelligent Transport System at the Autonomous Non-Commercial Organization “Directorate for the Development of the Transport System of St. Petersburg and the Leningrad Region”, also joined the discussion on these problems.

ComNews Information Group expresses its gratitude to partners, speakers and listeners for interesting reports, lively discussions and participation in the IV Federal Forum “Smart Cars & Roads – Digital Transformation of the Car-Road Ecosystem in the Russian Federation”!

We will be glad to see you and your colleagues among the participants of other ComNews offline / online conferences and look forward to seeing you in the future! 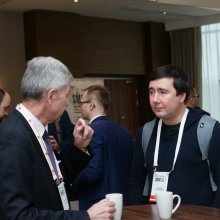 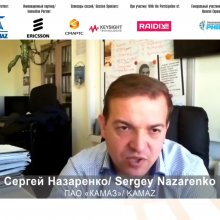 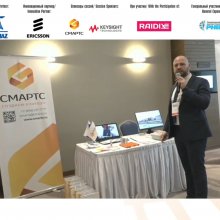