The 2nd Federal IT Forum of Russia’s Agro Industry “Smart Agro: Digital Transformation in Agriculture” was held in Moscow on October 6th 2020, in the Hilton Garden Inn Moscow Krasnoselskaya Hotel. The mixed-format event had some of the participants attend the forum on site, while other joined the online streaming.

The Plenary session was moderated by General Director – Editor-in-chief of ComNews Group Leonid Konik. The discussion was focused on hot issues of digital transformation of the agricultural industry.

Sergey Kosogor, Project Manager, Center for Technology Transfer of The Higher School of Economics, spoke highly of the efforts implemented by Russian Ministry of Agriculture to ensure digital transformation of the industry. The concept for a digital platform in agriculture was developed in the end of last year, and in February 2020, the Ministry issued an order, kicking off the development of the national platform. Kosogor pointed out that agriculture is one of the industries that wouldn’t stumble during the coronavirus pandemic and preserved salaries and labor resource. “The ministerial project is in progress, we are currently developing member area for agricultural producers. The first stage of the project envisages a digital channel to apply for state aid. We are also working on the so called one-stop window. It’s a system that will provide a full picture on the industry, where the Ministry gets its data from, and so on. Besides, a task team is studying agricultural lands to build an integrated information system on agricultural lands,” said Sergey Kosogor.

Elena Razumova, Deputy Head of the Department of Expertise and Analysis – Head of Agro Markets of the Russian Government’s Analytical Center, agreed that the platform is under construction, but it is yet to be seen what the end result will look like. “How much progress have they made with software development? What data will be gathered? And most importantly, what are they going to do with the data gathered from agricultural producers? Will the Ministry of Agriculture accumulate them, and will they open access to this data to the entire agro community?” questions Elena Razumova.

Evgeniy Zaytsev, Head of the Department of Legal, Organizational and HR Support, Ministry of Agriculture of Novosibirsk region, opines that the federal Ministry is putting pressure on the regional ministries to have them report on digital services. “I believe it is a sign that they are doing a colossal work to make sure the new system is deployed as soon as possible with minimum errors. Apparently, the federal Ministry of Agriculture is very eager to kick the system off the best way possible. Regional ministries already have immense experience. We are under close scrutiny by everyone – the public prosecution, the chamber of control and accounts, etc. Digital transformation is taking longer precisely because of a very strict oversight from the public prosecution and the chamber of control and accounts,” says Evgeniy Zaytsev.

Alexey Alekhin, Head of IT Department, Ministry of Agriculture of Altai Territory, shared his views on the cooperation between federal and regional ministries: “The ministerial project has been adopted, they are working on it. But it’s been conceptualized on the level of the federal ministry. Same can’t be said about regions. Some industries, such as crop growing, were included into the regional agricultural programs, but nothing is being done in terms of digital transformation. This is one of the things we want to take across to the federal Ministry – there is much room for improvement. Some regions believe that once the Ministry of Agriculture deploys the platform, everything will fall into place, but no, it doesn’t work this way when you’re building things from scratch. Regions need to start doing their part as we speak,” said Alexey Alekhin.

“Our agro industry has no shortage of digital solutions, there are many, but they are very fragmented, each of them covers one specific area. The platform will allow to bring all these services together and correct the flaws. Ministry of Health has chosen the right path. The first step is the single-stop window to apply for government subsidies, and it makes sense, we are teaching agricultural producers to engage with the government,” says Denis Zhukovskiy, Director of Industrial Services, Department of Corporate Customers, Rostelecom.

Alexander Dichenskiy, Director, Agro-consulting Center for Research and Development in IT, Ruselectronics Holding, Rostec State Corporation, agrees that the digital platform should be designed so as to consolidate different processes. “Big data should be one of the baseline elements of this platform,” he added.

Artyom Belyaev, CEO of Belaya Dacha Farming, commented that some farming enterprises have gone digital, but their experience isn’t scaled for a number of reasons: “What will the platform be based on? Where is the data sourced from? Who will gather it and how exactly? So far, we choose to believe that no data is better than false data. Who will verify the data? This can’t be done without the government. So for now, digital transformation is still on an early stage, to say the least.”

Pavel Dreyger, CIO of Rusagro, pointed that the primary task is to identify the services, which will be the pillars of the digital platform. Once that is done, from there on things will run on their own.

“There isn’t a single platform or a single mechanism that would ensure correct forecast for every enterprise, which implements digital technology. Every enterprise needs a digital platform of its own,” said Sergey Rodimtsev, acting Vice Rector for Research and Innovations, Orel Agrarian State University named after N.V. Parakhin. He also emphasized that there should be regional competence centers, that would not only implement and support digital transformation projects, but would also promote this agenda among decision-makers from the agricultural companies.

Panelists also agreed that instead of pursuing new digital solutions, the industry should rather enhance the efficiency of the solutions already implemented.

One of the most important aspects of digital transformation in the agro industry is labor resource. Panelists discussed the situation with staff training and what needs to be done so that every worker in the industry knew their way around new technologies.

Overall, panelists agreed that the direction set by the Ministry of Agriculture is correct, and the ministerial project is in progress, however, there are several issues, and the interim results are not satisfactory at this point.

Session 1, which was meant to offer an overview of digital solutions for a technological breakthrough in the agro industry and digital crop-farming was moderated by Sergey Kosogor, Project Manager, Center for Technology Transfer, The Higher School of Economics. Alexey Alekhin, Head of IT Department, Ministry of Agriculture of Altai Territory, spoke about regional digital platform for the agro industry of Altai territory, deployment experiences and plans for further development. Igor Gul, CIO, APH-ECO-culture, presented an overview of Agro IoT eco-system and role of telecommunication service providers. Oleg Alexandrov, Head of Innovative Projects at Rostselmash, spoke about the digital eco-system of Rostselmash. Andrey Chernogorov, Co-founder of Cognitive Pilot, dedicated his report to AI applications in farming equipment. Pavel Bruk, Regional Director of ANSYS S&P BU in Russia, CIS, the Middle East and Africa, introduced the audience to state-of-the-art safe automatic and unmanned systems for agriculture based on ISO 25119 standard. Denis Zhukovskiy, Director of Industrial Services, Department of Corporate Customers, Rostelecom, made an overview of the company’s digital services for the agro industry. Zakhar Zavyalov, CTO of GeosAero, spoke about digital mapping of agricultural lands using unmanned aviation Artyom Belyaev, CEO of Belaya Dacha Farming, presented an overview of Belaya Dacha’s digital eco-system. Andrey Pashonin, software developer from Rosselkhozcenter in the Republic of Tatarstan told the audience about digital representation of “baseline data” for decision-making in crop growing on the example of phytosanitary monitoring and seed quality. The session was concluded by Herbert Lisso, Sales Director, Neu-Seeland Agrar GmbH (Germany), who shared on the outcomes of 25 years of precision farming technologies in Germany.

Session 2 looked into digital solutions for the agriculture and new technologies in animal farming. The session was moderated by Inna Skrytnikova, Leader of the project “Digital transformation of agriculture”. Ekaterina Korzhevina, Head of Digital Solutions for Agriculture, Mustang Feeding Technologies, spoke about the potential of analysis, prediction and simulation services for dairy farms. Alexey Amirov, Sales Director, Klinkmann SPb (Wonderware Russia), discussed digital technologies in animal farming as a tool of operational transparency. Inna Skrytnikova presented an overview of drivers of digital transformation in agriculture. Evgeniy Belimov, CTO of AdeptIS, introduced the audience to Comprehensive approach to reporting and planning with 1С – from operational data to regulated reporting in AdeptIS: Agrocomplex 3.0. Yulia Babkina, Head of End User Department, Gazprom Space Systems, spoke about the optimization of costs of satellite communications via Yamal 601. Olga Nazarenko, Director, State Agrochemical Center “Rostovskiy”, dedicated her presentation to the best practices of deploying IT technologies in the Agrochemical Service of Russia. Sergey Demidov, Aide to General Director, Ruselectronics Holding, Rotec State Corporation, offered his thoughts on the digital transformation of agriculture in Russian regions. The final presentation of the session was delivered by Antonina Leshtaeva, Deputy Director of the Institute for Digitalization of Agro-Industry and dedicated to innovative digital technologies in the veterinary industry of Russia.

The Forum “Smart Agro: Digital Transformation in Agriculture” demonstrated the importance of dialogue between government and business and became a platform for discussion of topical issues of IT in Russia’s agro industry, including innovative technologies and approaches to IT projects, involving business, developers and government, in the new political and economic realities. 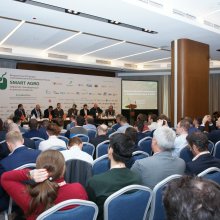 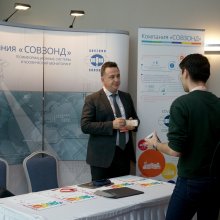 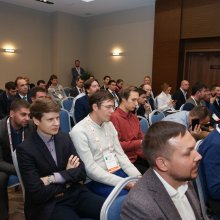 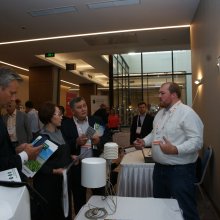